Basketball drills for all skills

1 against 1 back half field 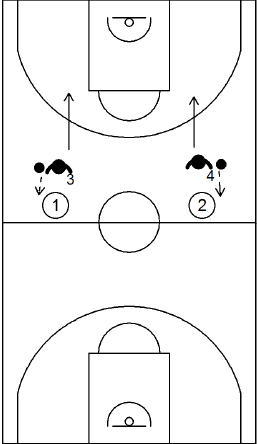 Requirements:
players must be able to dribble a layup run

Objective:
to increase attacking ability in 1 against 1 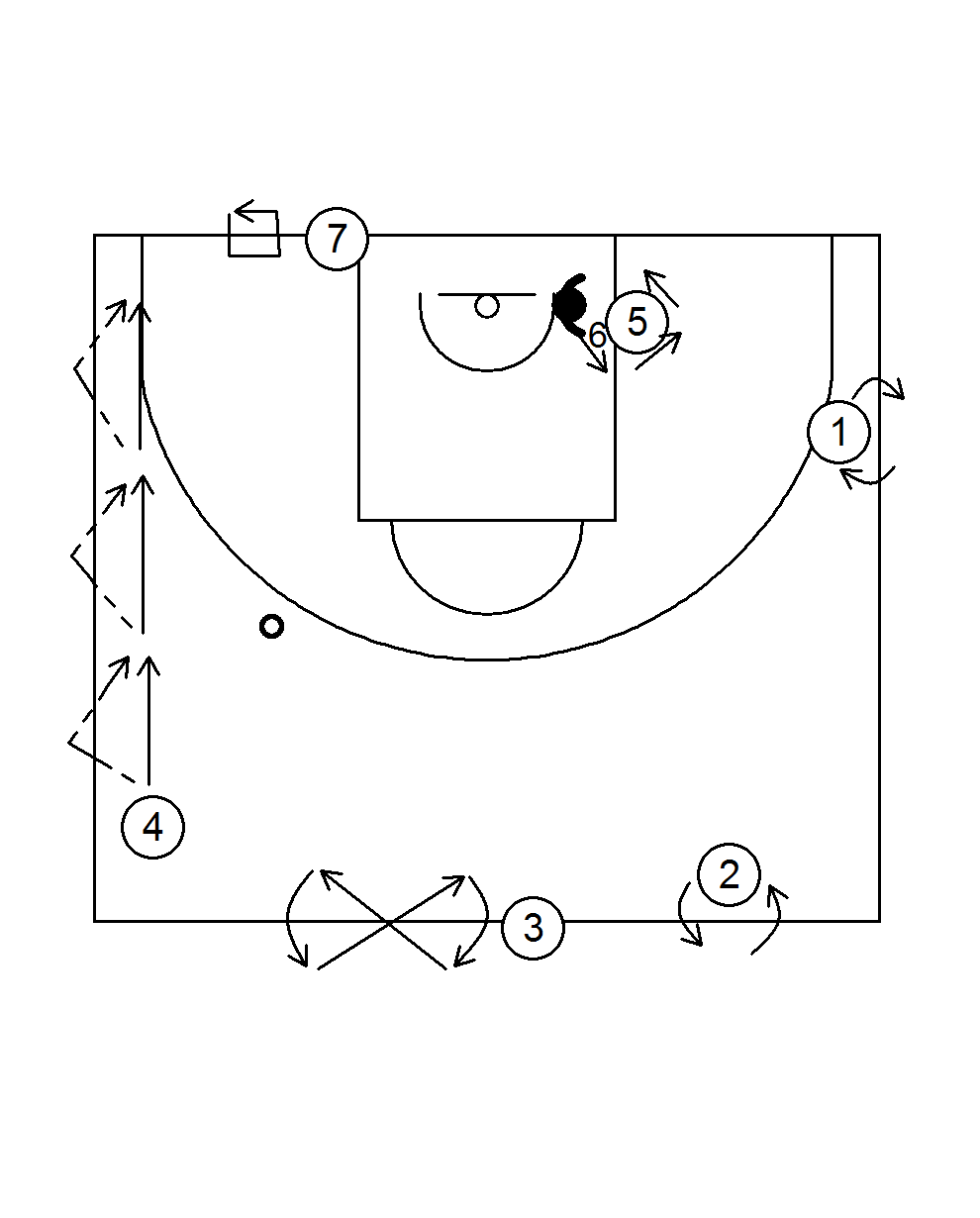 players must know what the correct defensive posture is have 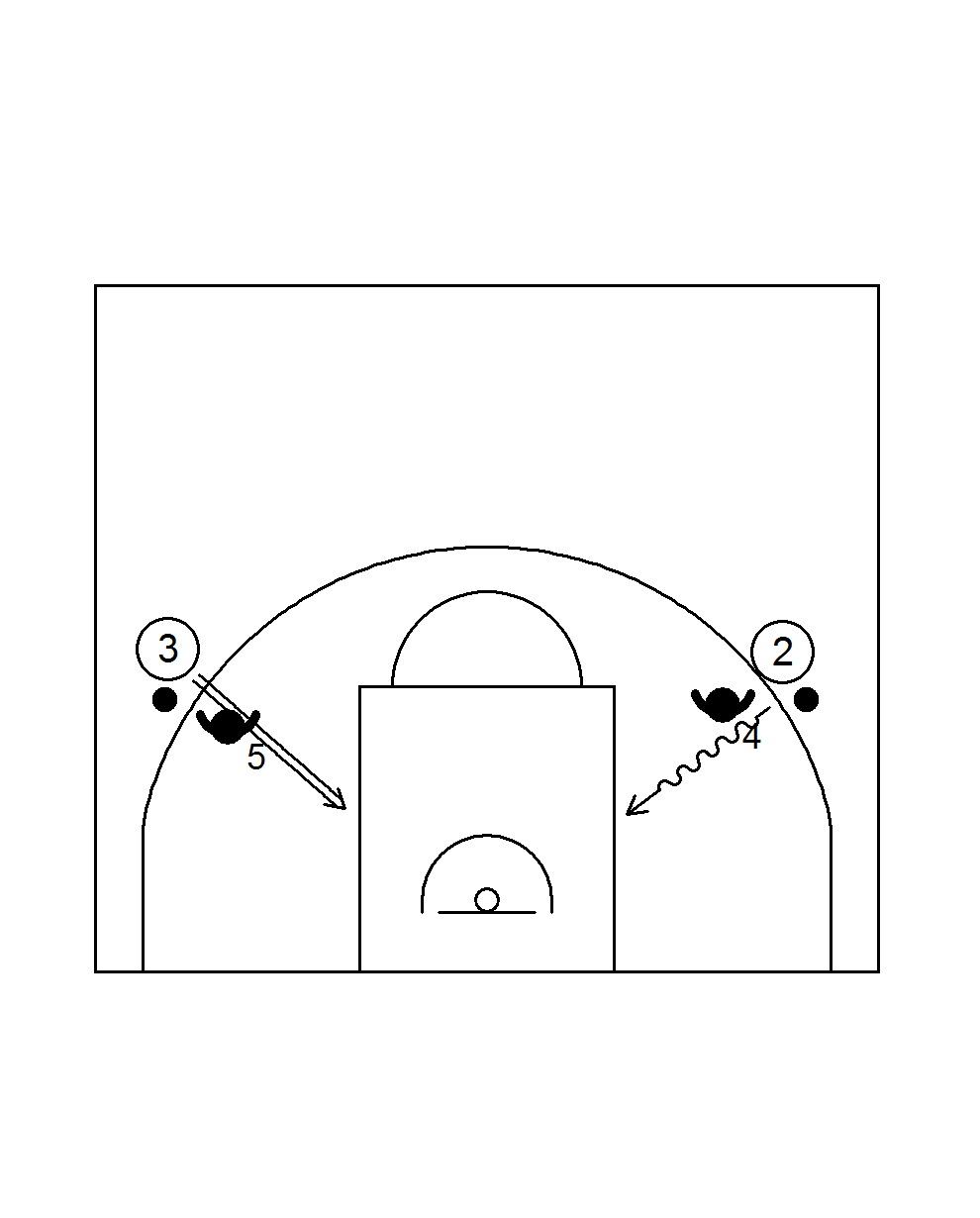 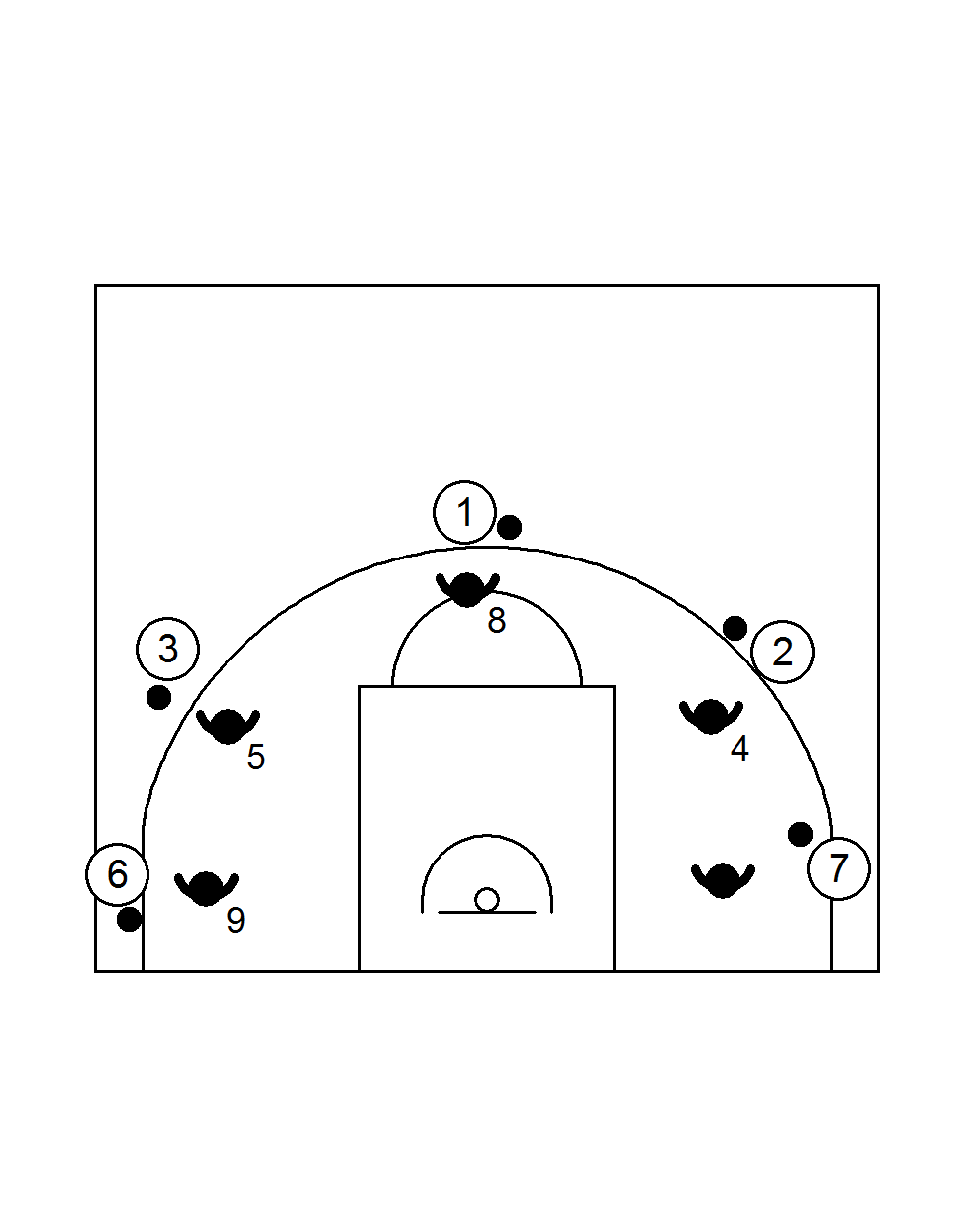 attacker gives a pass to himself from the bucket edge 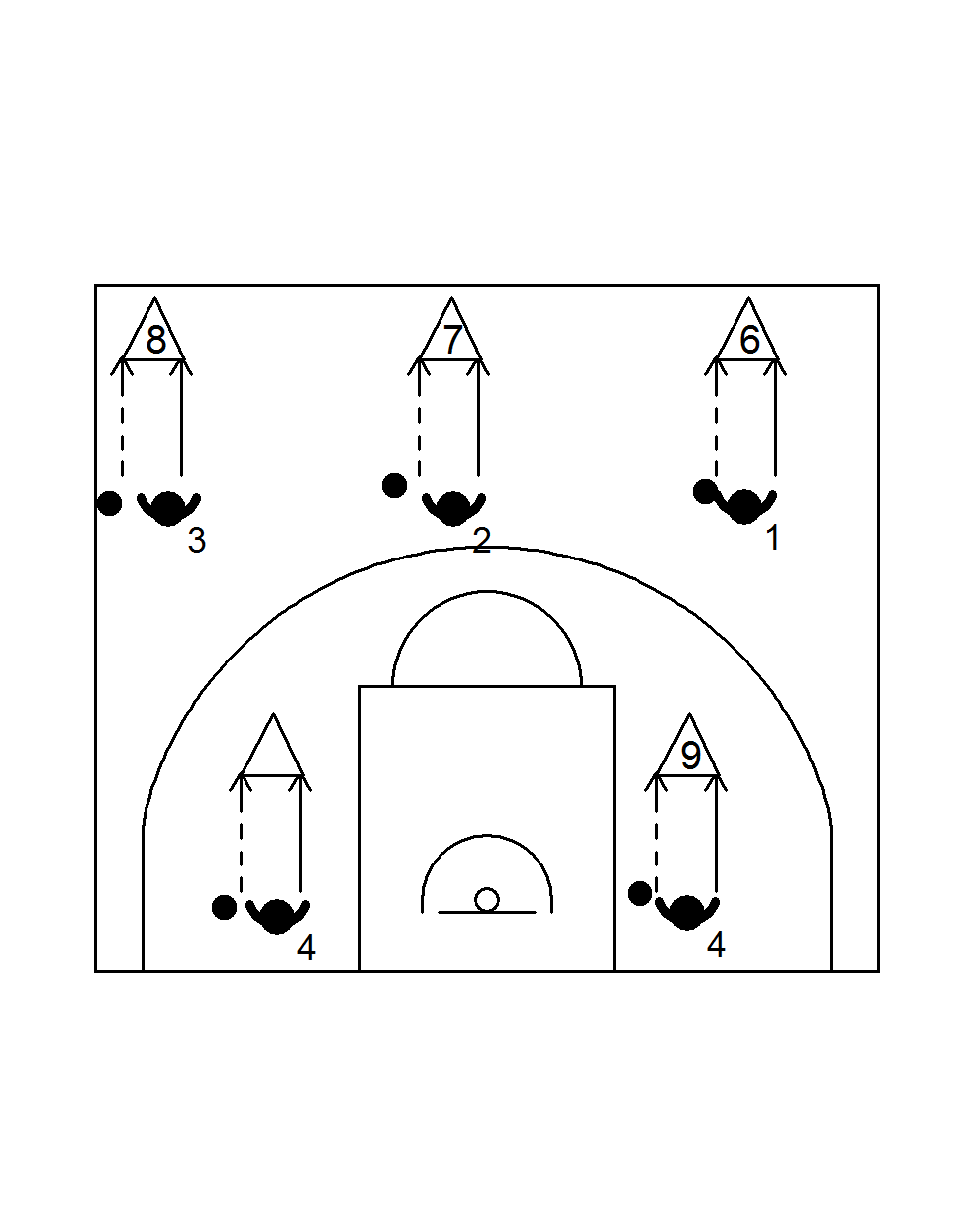 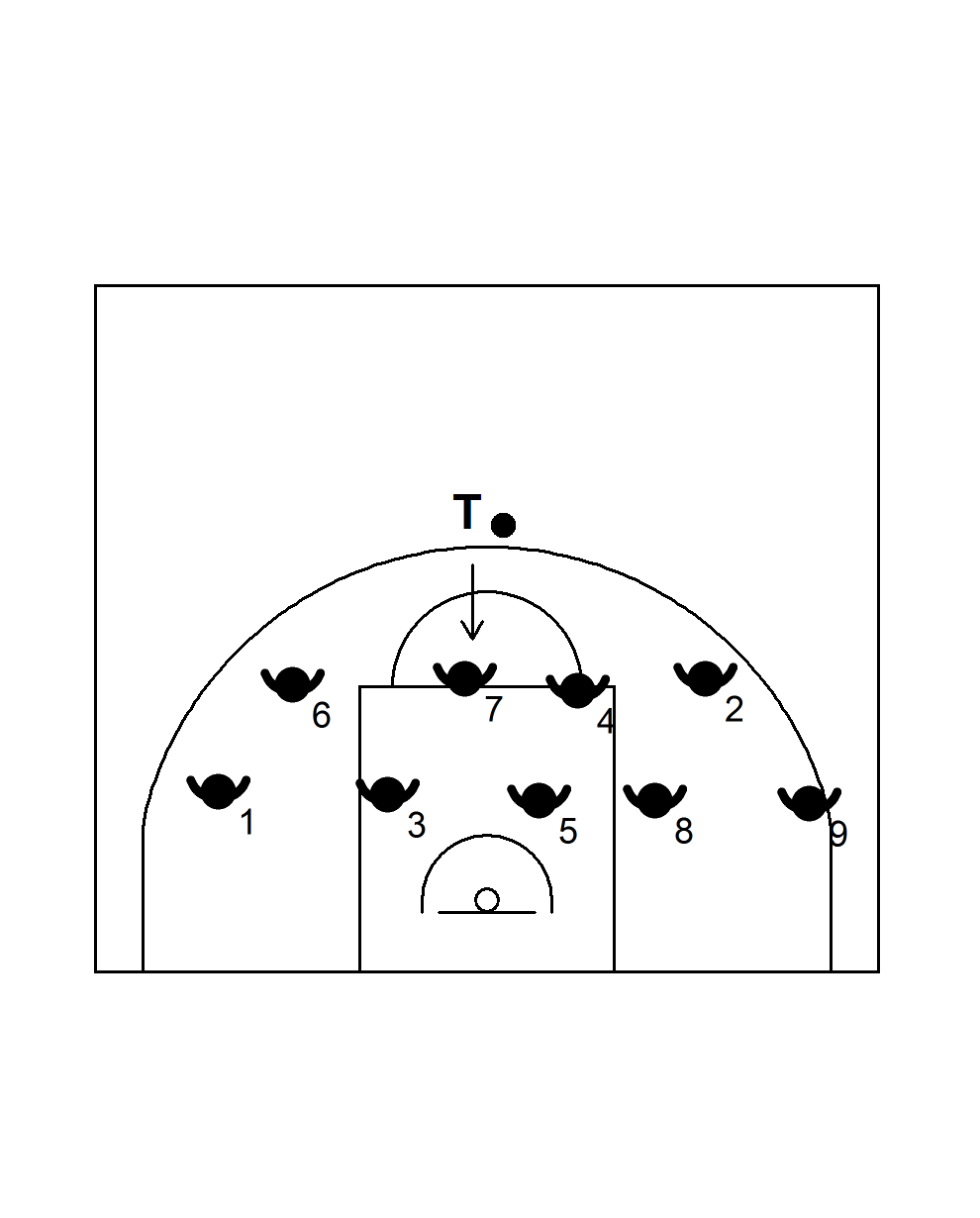 Goal: teach defenders how to catch the attacking foul (= penetrate or charge) (and how to handle physical contact) 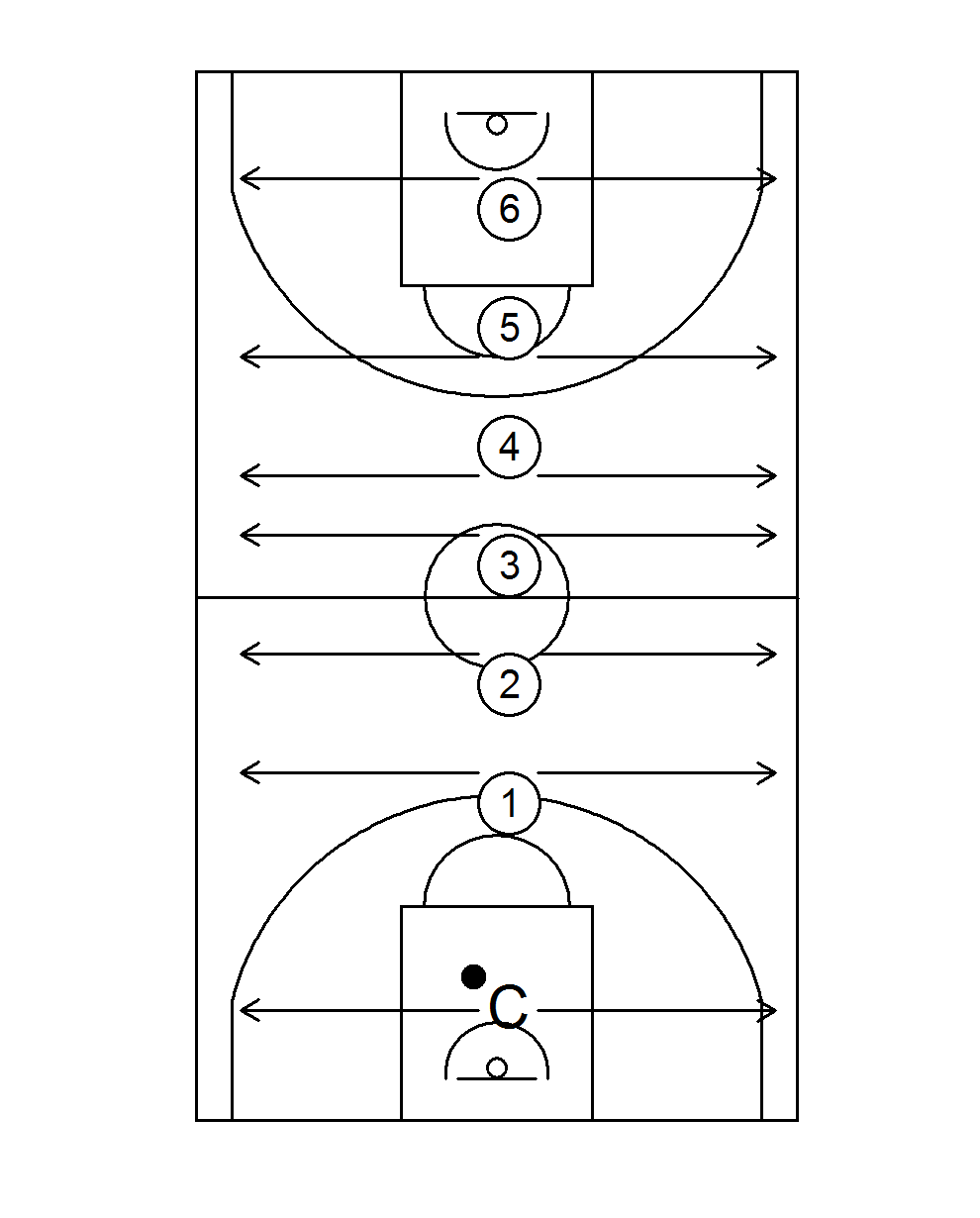 players must know what the correct defensive stance is 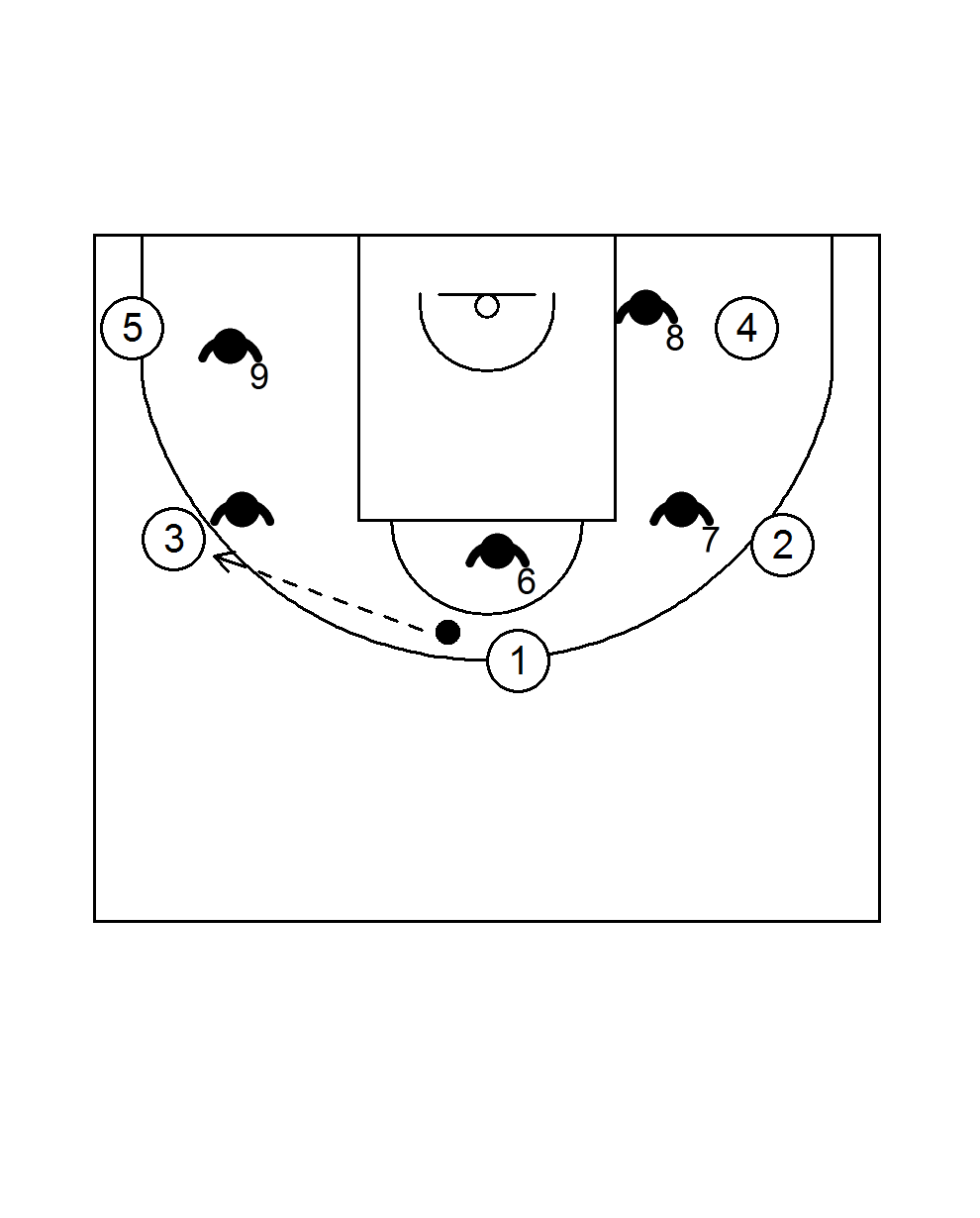 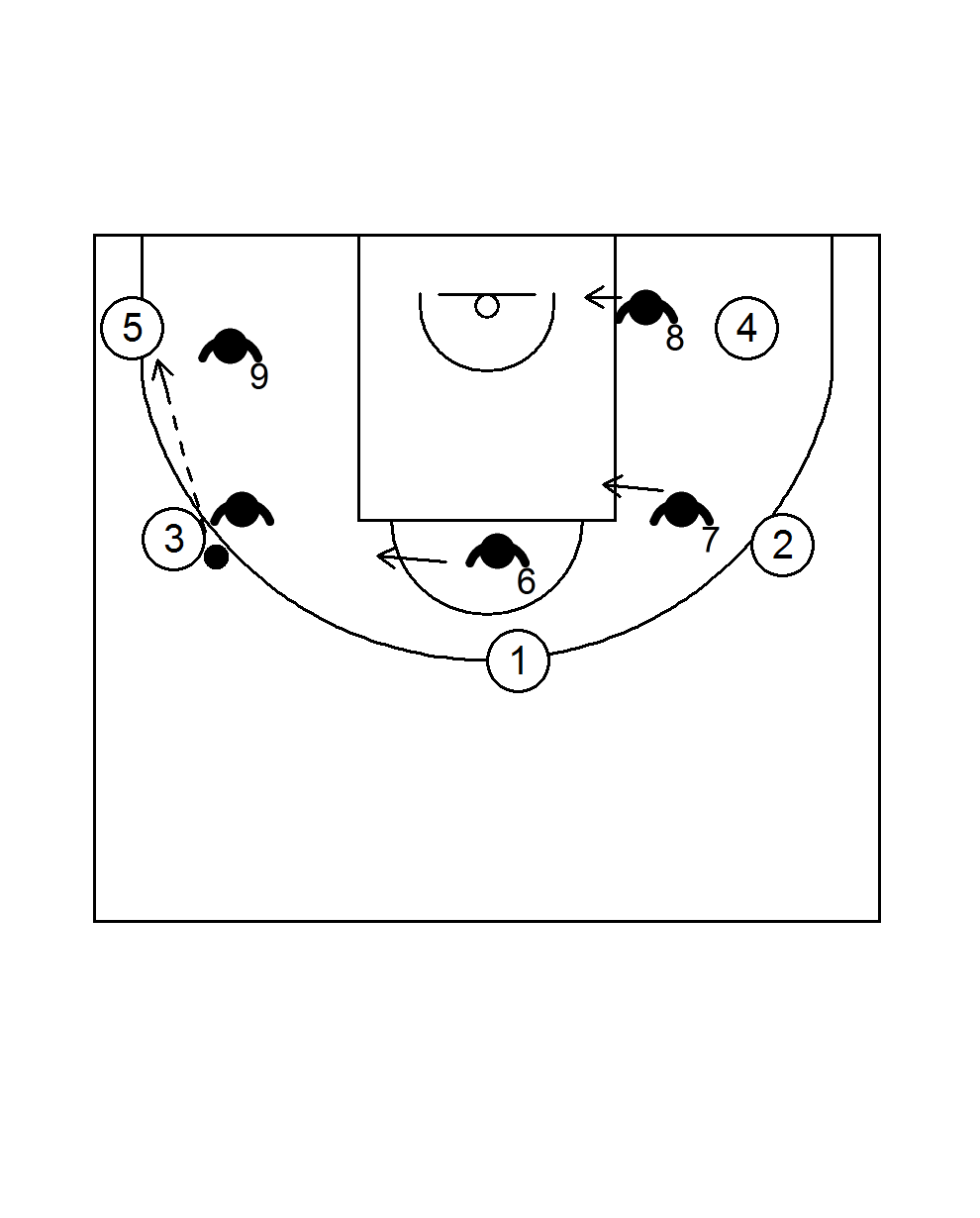 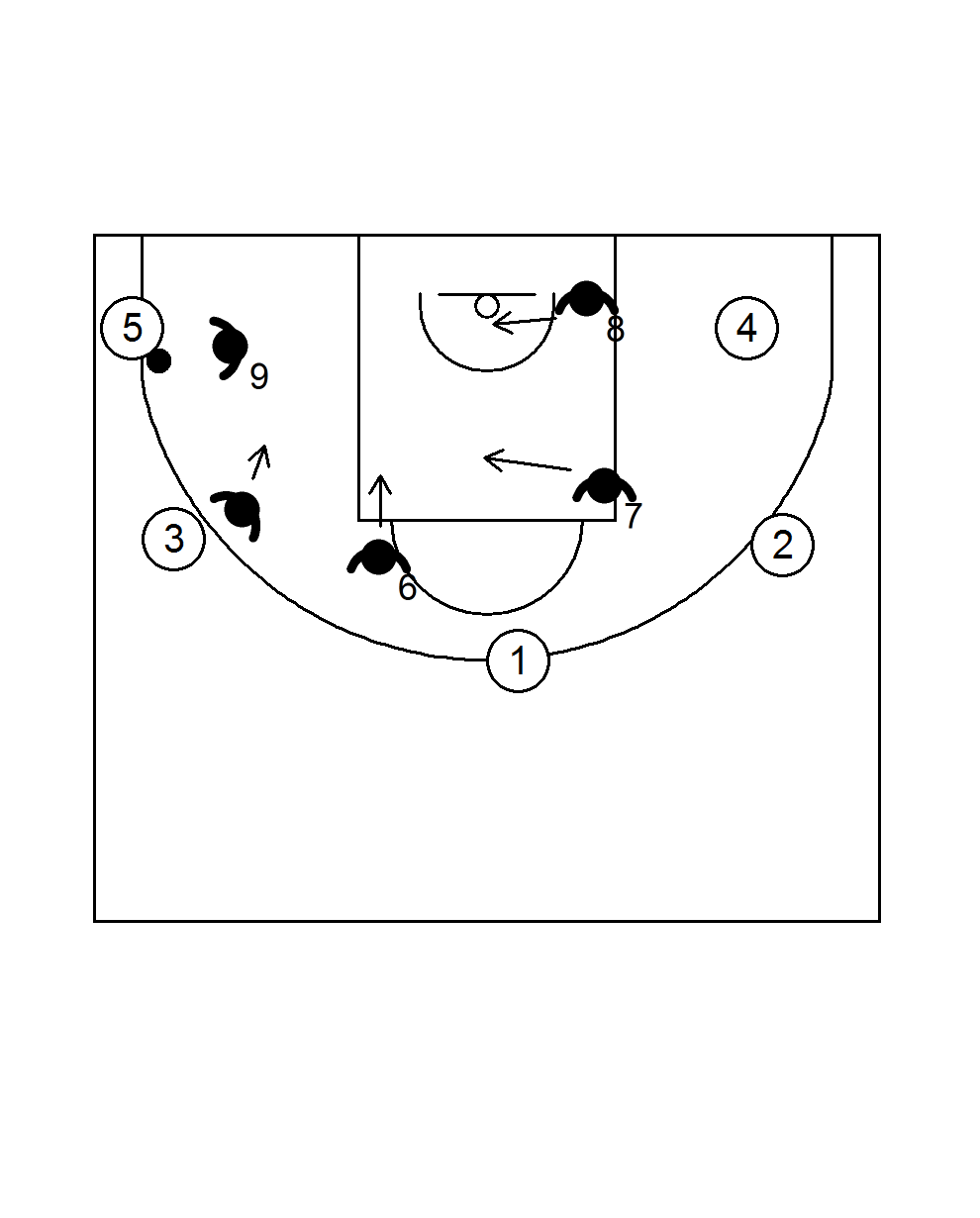 To create automatisms in defence

5 against 5 on one basket 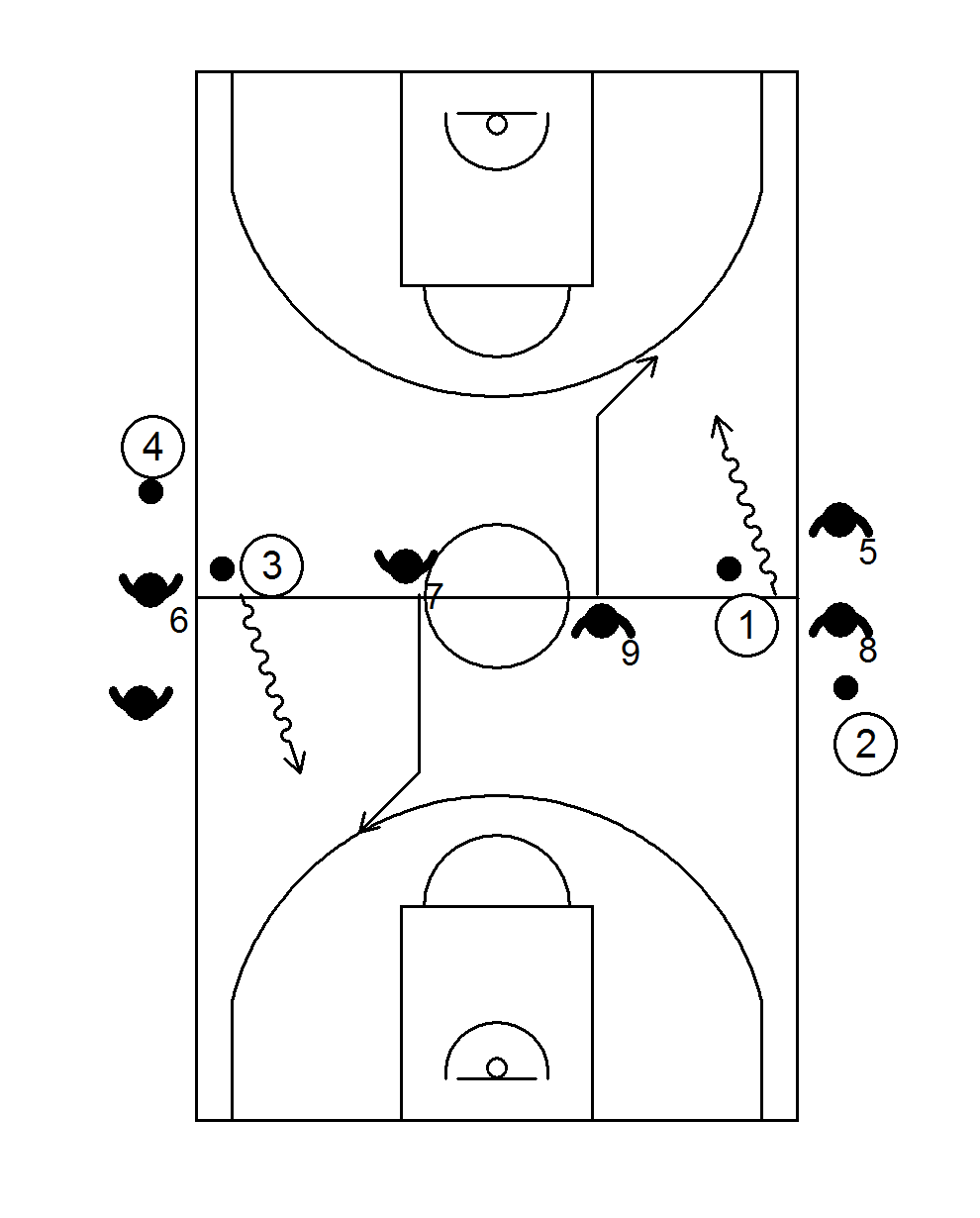 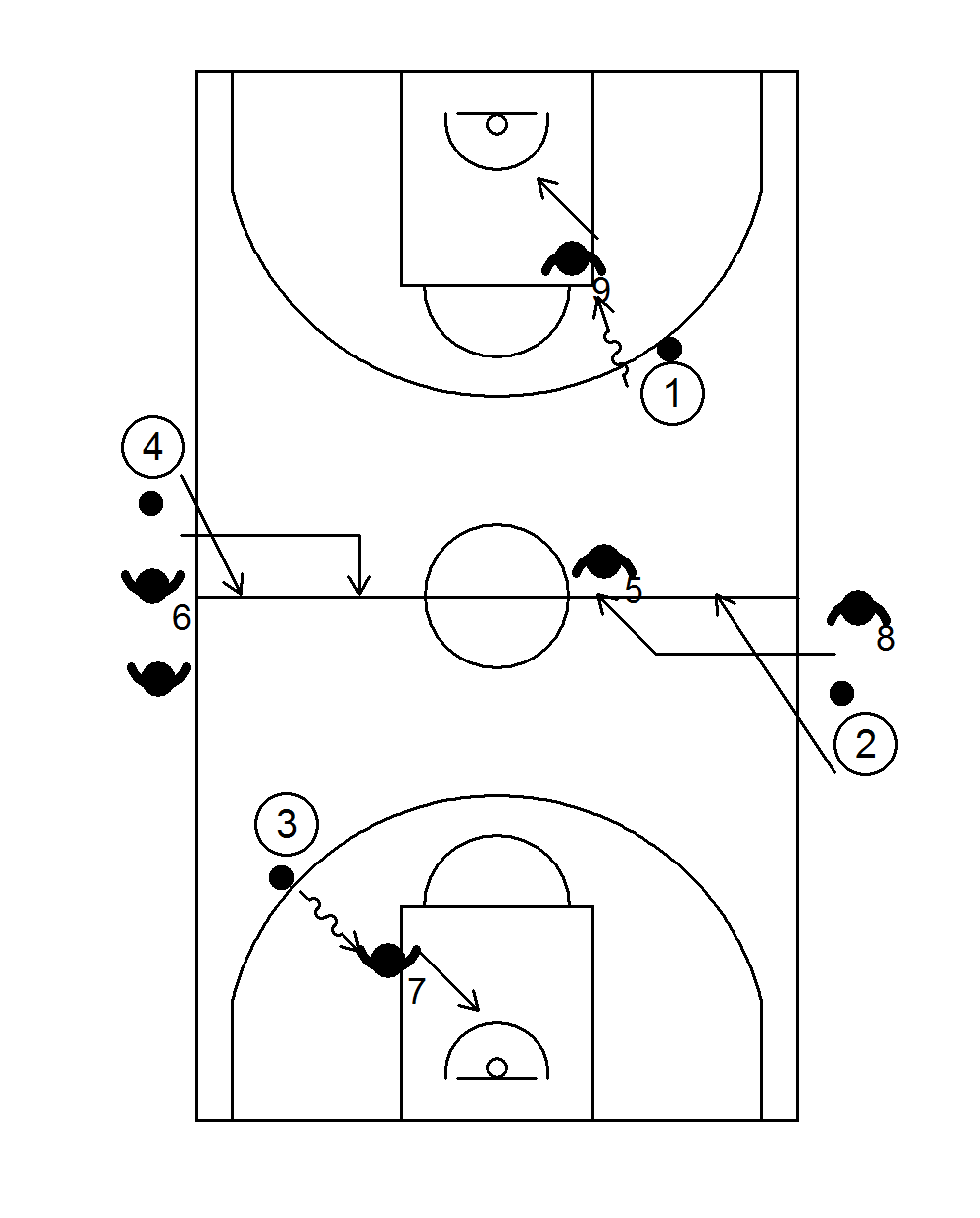 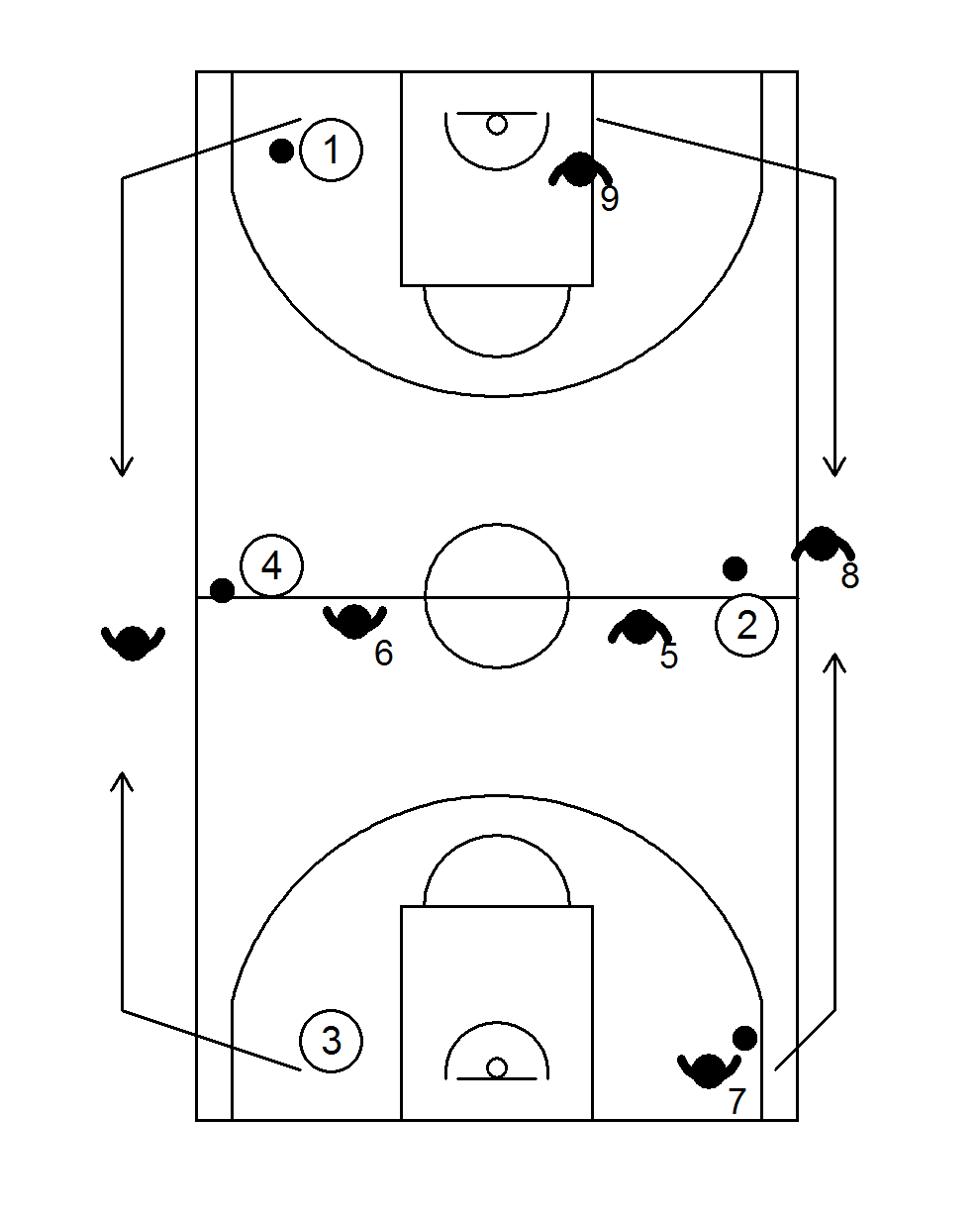