Play a 2-1 and try to score in the goal.
If the defender captures the ball, he passes it to the next duo.
Alternate the defender.

There is a square just outside the 23 in the middle.
3 teams between 4 and 6 players.

Goal
:To be able to quickly switch between offense and defense.

Format
:The field between the 23m line and the halfway line is divided into two parts. There are three teams of 3 players. Two teams play against each other, the remaining team has a break.

Purpose
:The purpose of this exercise to learn how to link up with a defender to create space for your teammate. 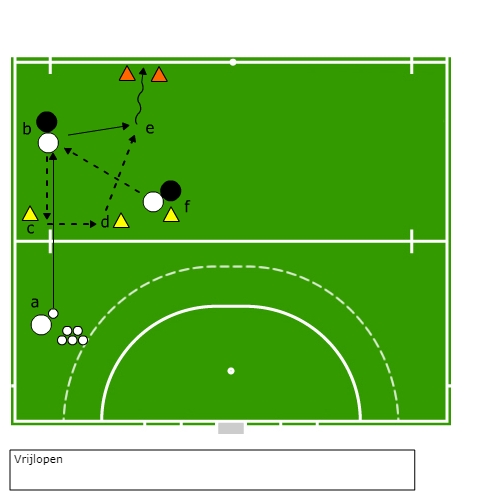 Overtalking when taking the ball

Purpose
:The purpose is to teach you how to make space for your teammates by claiming a defender to you. 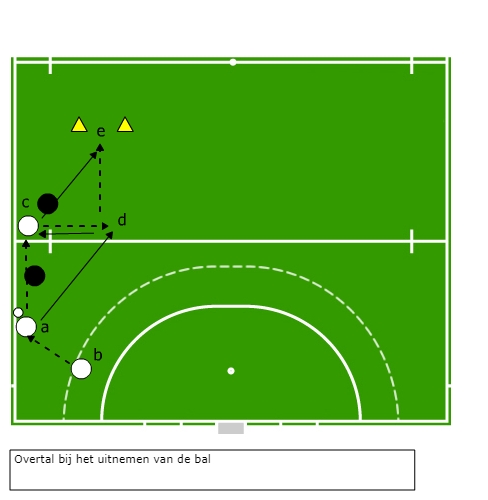 Party inside the dotted line

Goal
:As an attack is to get the most out of your attackAs a
defense is to defend smartly. 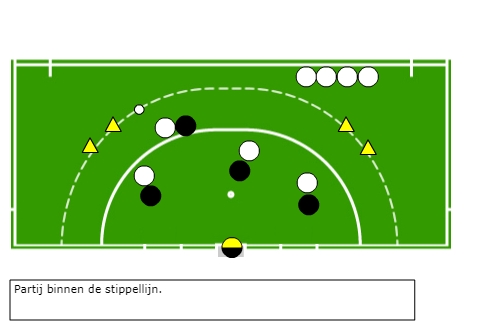 Goal
: Searching for the flanks instead of passing the ball through the middle of the field. Teams will look for solutions and tend to shift the game. The % of ball possession will also go up.

Set up
:Two teams are made. The size of the teams depends on the number of players available. In the middle of the field there is a square or rectangle which marks where both ball and player may not pass. 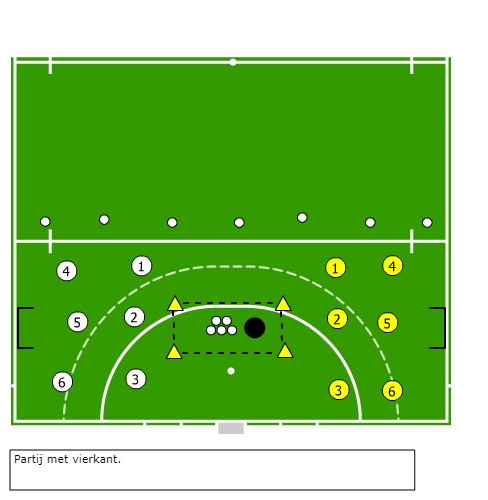 Getting in front of your man and...

Goal
: The goal of this exercise is to actively pass between the ball and the defender, making yourself playable

Set-up
:In order to run this exercise properly, you need a minimum number of players. You can play with this when you make the exercise one station shorter. 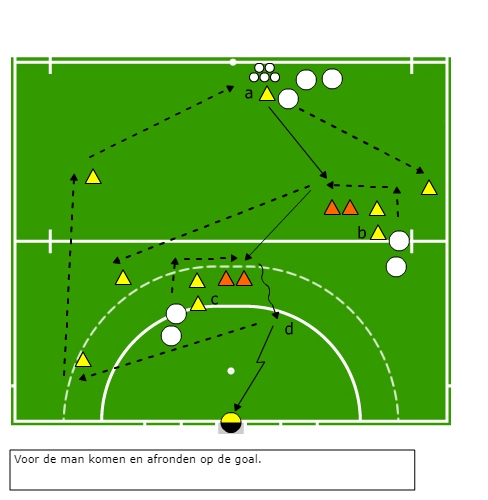