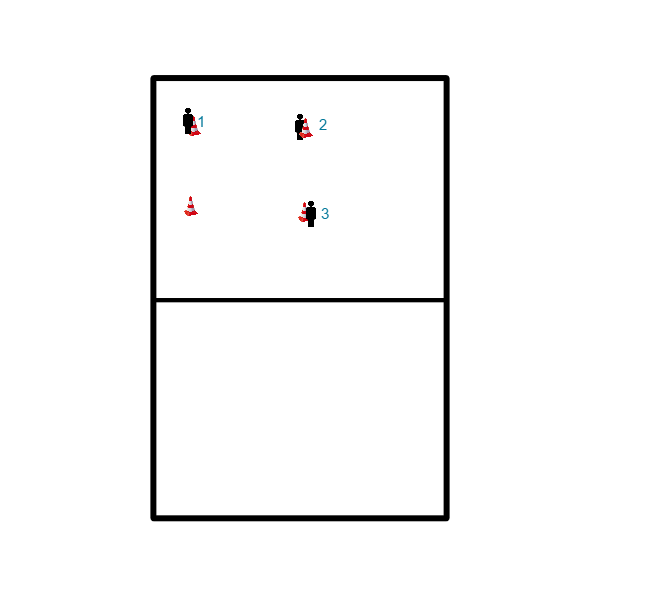 In short:
A trio has to pass the ball to each other in a square.That is tricky yes, because one is always missing....

Organisation:
Three players stand in an imaginary square about eight metres from each other. One corner remains unoccupied. The middle player (number 2) of the three has the ball.

Start in square. In from (basic
) Later: 1 under the post.

Basis: always offer sides. Not in a clump, not too early, not too late.

[Make
sure that they first pass the ball before passing it.

Working in a square

Inshort: simple catching and throwing exercise with a lot of running for foursome.

Organisation: The four players form a square (distance about 10 metres, depending on the level), one of the four has a ball. If there are people left over, one or more foursomes can be formed and stand in a pentagon. Almost all parts of the exercise described above can be practised in this form of organisation.

The procedure is as follows:

Organisation: One ball per pair or trio.

Let's get used to the field.

Three poles in a triangle. Three running players. From the pillon you push. Remember technique. 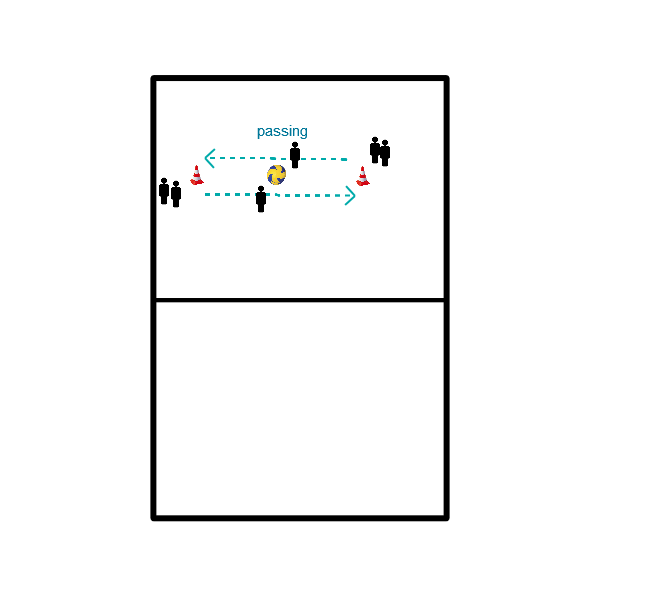