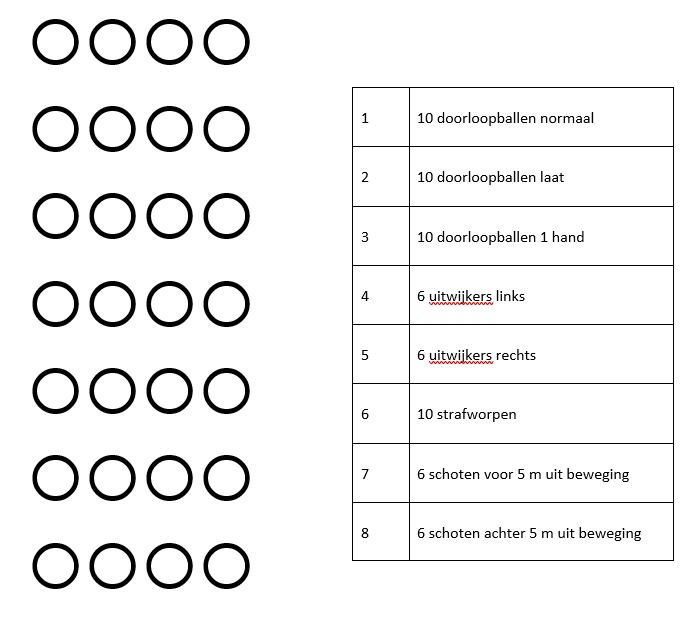 You will play matches with even numbers, but instead of earning points by scoring, you can also earn points by catching the ball.

2 minutes on call move to piledriver (tap). At the call of the trainer "Shot" the player starts to shoot (in movement). When the trainer calls another colour, the shooting stops. (Part of the exercise is without throwing the ball as in the picture). 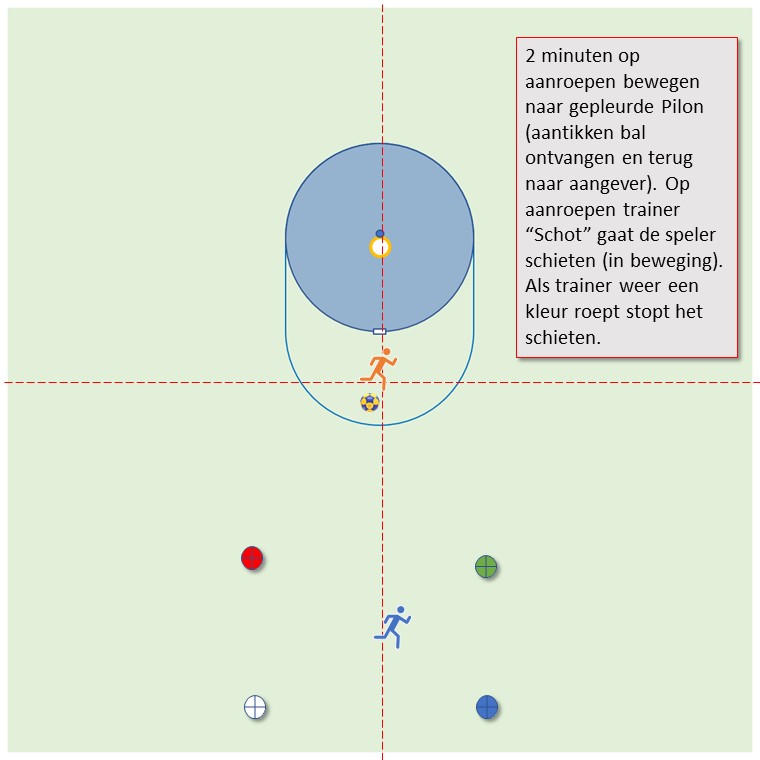 Goal attempts 2 baskets opposite each...

Goaltender throws to forward goes after the ball for:

Bitch catches and throws to opposite side etc. With 2 balls at the same time.

Inshort: practise all kinds of forms of the shot from a supporting position.

Organisation: pairs per basket, always one person under the basket and one person in front of it. Change after about 1 minute.

a ) One person in front of the basket at about 6 meters, the shooter stands under the basket. The shooter starts away from the basket (backwards), gets the ball and shoots immediately. The striker catches the ball.

b ) As exercise a., but the shooter only threatens with a shot, lets the defender jump in and then continues with an "underhand pull ball": a kind of private penalty throw from about 5 meters diagonally behind the basket. The Germa-ball - so called by me after Germa Woldhuis of Nic. who had success with this on a regular basis - is practised here. The server catches the ball.

c ) The starting situation is the same, but the shooter now gets a defender with him (some pairs cancel each other out). The defender's task is to decide which of the two possibilities (a. or b.) the attacker will get: either he reacts deliberately too late (after which a shot must follow), or he follows the shooter too closely (thus giving the opportunity for an underhand draw). In exercises d., e. and f., the attacker plays free with one simple movement. An efficient way, which requires however a lot of technique (and thus practice).