Soccer drills for all skills

Pressing and preventing the deep pass 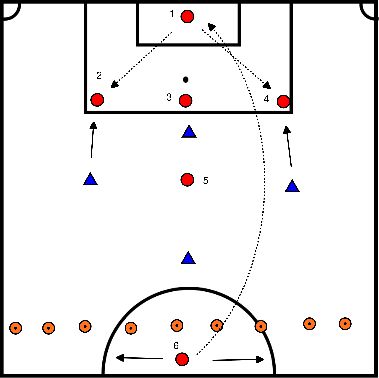 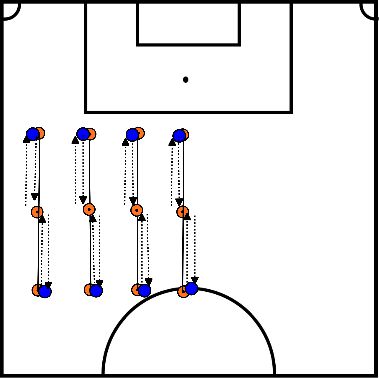 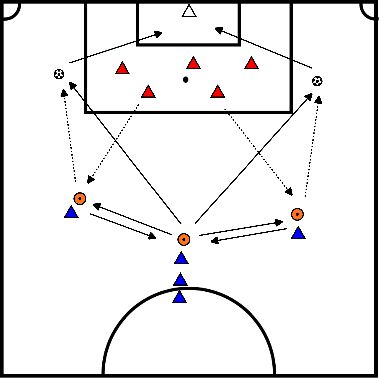 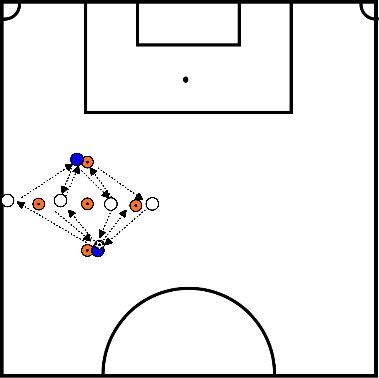 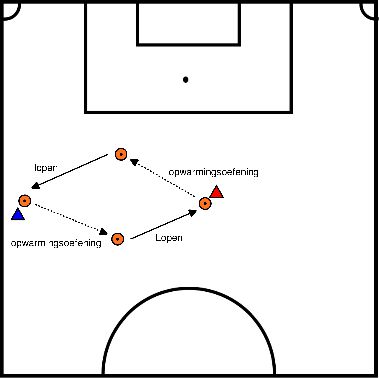 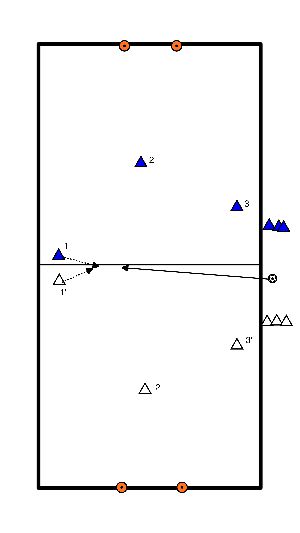 Many goalkeepers have great difficulty setting up a wall correctly Often the situation is hectic and no agreements have been made beforehand about how to set up the wall. It is of the utmost importance that you do this and that you remain calm when facing a dangerous free kick. Here are some agreements that you, as the goalkeeper, should make with your defenders

1) You have an agreement with one of the players that he, together with you, will place the wall. He/She is the player on the outside of the wall. This player stands on the side of the short corner.
This player stands 9 metres from the ball and turns round to face you You are standing against the inside post at the short corner. You therefore have eye contact and use hand movements to guide him/her to the left or right We call this player the beacon. The marker turns back to face the ball when you indicate that he is facing the right way The other players close up against the beacon
2) In the wall, place your longest people in the middle of the wall. It is often the case that a curled ball is placed over the middle of the wall in the cross. So by putting the longest players in the middle it becomes more difficult for the opposing team to curl over the wall.
3) The number of players you put in the wall depends on how far the free kick is from your goal. You can use the following rule
4) For an indirect free kick, the outside player runs out and tries to block the ball. This player is not the beacon but the player who covers the long corner.
5) Jumping from the wall is only allowed for free kicks from 19 to 22 meter. At these free kicks the risk of a curled ball is the biggest. Make sure they don't jump too high, because then there is a risk they will shoot under the wall and you won't have a chance. It is therefore no more than a hop that the wall can make.
6) The wall will always remain closed. The players in the wall are not allowed to turn their backs to the ball Therefore, it is preferable that they stand on one side of the body with their arms together and remain standing until the free kick is taken. In this way, the wall remains closed and the players cannot turn
7) Speak to the defenders, who are not in the wall, that they will walk with the ball back to your goal. This will enable them to clear any loose balls.
8) You are never in the middle of the goal* At a free kick, you stand towards the long corner, about 1/3 of the way. Furthermore, you stand behind the line, you can make the rule that the tip of the shoe touches the line This will increase your reaction time and give you a better chance of stopping the ball going past the wall Furthermore, you are standing on your front feet
The further away the free kick is from the centre, the closer you will be to the centre of the goal

Going towards the ball 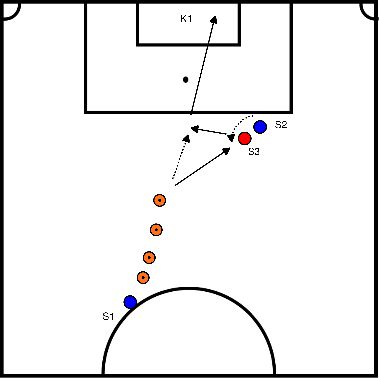