Players stand in a line across the width of the field

The trainer indicates gestures with his hands:

Down --> players to the back

Two hands up --> three blocks at the net

Abdominal exercises with the ball:

ball from left hip to right hip, planks 30 sec, lie down with ball and up, mountain climbers 30 sec, feet off the ground ball sideways, planks and jump with feet

You play in the width of the field

Defensive team: stands behind a sideline. Each player has a pawn in front of him/her at a distance of 1 to 2 meters.

Attacking team: stands on the opposite side of the pitch. Trying to 'steal' these pawns. They do this by taking a pawn and putting it behind their line.

The defending team must try to knock off the other team. But if they cross their line, they have to tap someone, if not, that person is out.

If someone on the attacking team is tagged, he or she is also out and the pawn must be placed back.

Defending team: kick everyone off 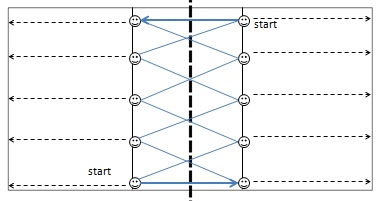 Throwing good? Then all underhand. Later all above hands. 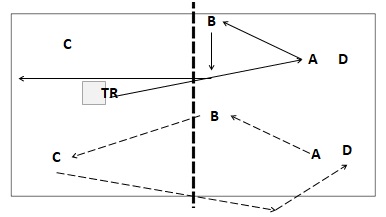 1. Pass â€" catch run through (B puts ball in box and joins back)

3. Same B. Only now C passes ball to position 2-3 where 1 player will be standing. 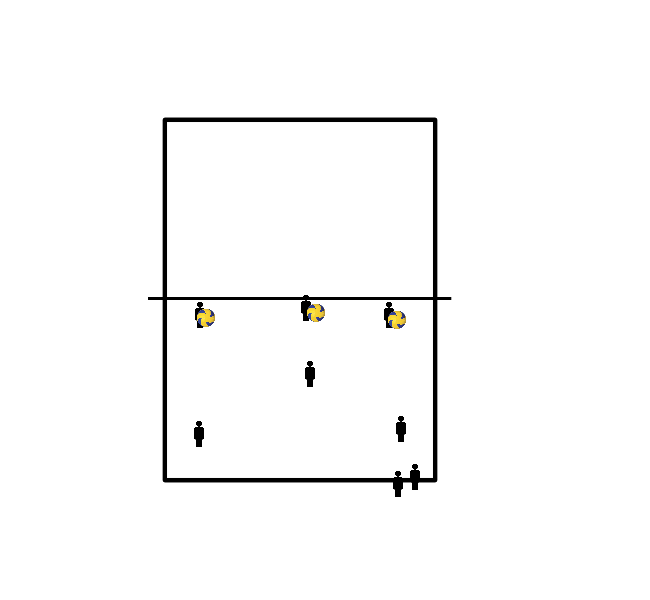 To practice jumping make 2 pairs.
It's not about the run up but purely about the jump.

1 of the 2 sits on the ground with the feet straight ahead and the arms spread.
The other jumps for example over the right arm after that over the legs and then again over left arm. (5 rounds and then switch)