Attack after a 2 block

Attack on position 1 with pawns

Goal: To knock over pawns

Throwing and smashing the ball

Switching from defence to attack 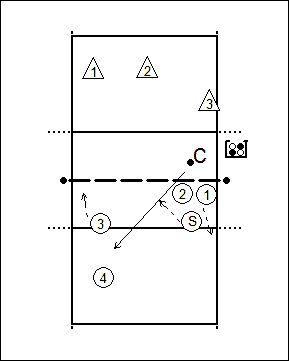 - These defend for themselves and put the ball in the box.

In today's exercise, the following techniques will be used: serving, attacking, passing and distributing. However, the emphasis is on the pass and the distribution. The players have to watch, think well and react adequately during this exercise. 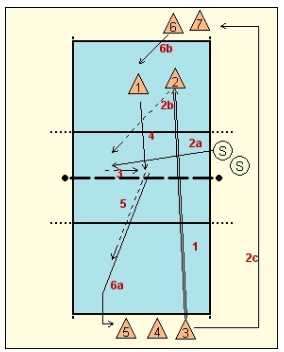 The diagram looks more complicated than the exercise is. The exercise goes as follows (I keep the numbering of the red numbers):

As soon as the ball is hit the next service is played.

Attack on positions 3 and 4