Then serve to each other in pairs. It is about throwing up the ball well.

Improving the pass by staying behind the ball 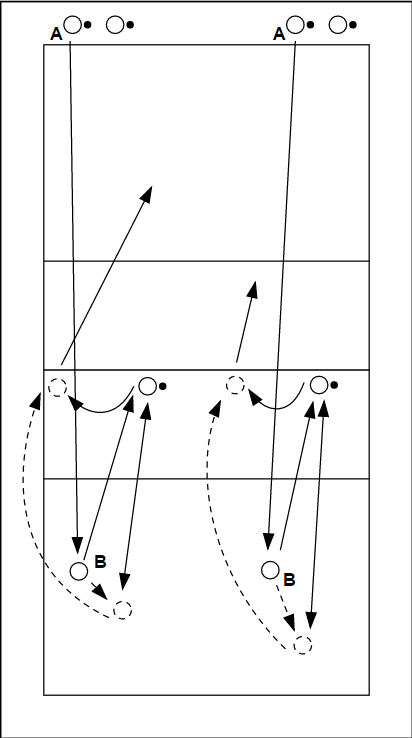 Passing with basket and point counting

Variation
If the back players get the ball to the net player, they earn an extra point.

Goal: Move to the ball and technique.

Underhand ball over the net from the... 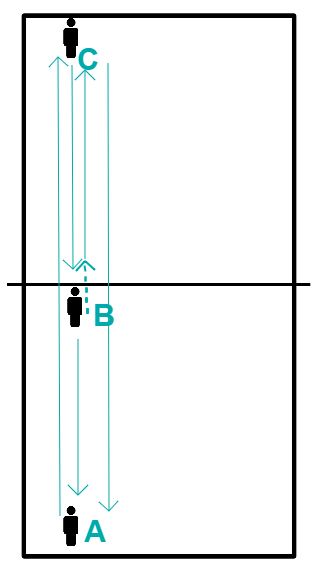 Pay attention in the exercises: 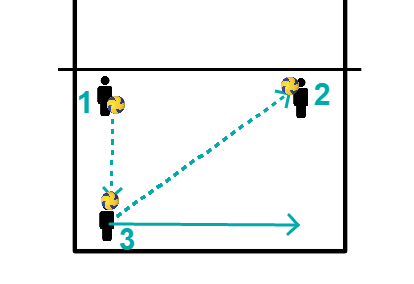 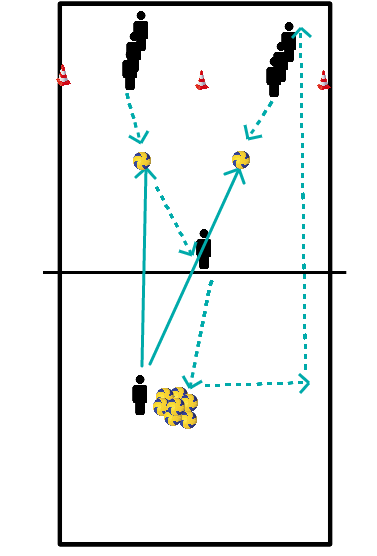