Pass and set-up front or back + attack

1. Exercise starts with everyone (5 players) making 3 passes each to the sv position. The sv runs in and plays the ball bravely to the outside. There stands 1 player to catch the ball. He calls right or wrong. After catching the ball throw it to the player next to the trainer. 2 Other players stand behind the passer. After 3 times 1 position turn.

When everyone has been through the same thing again but then set up in the middle.

Points of attention: quick start of the sv (run in), playing brace and good pass.

2. After that line up in the back and pass a ball that is thrown/striked by the trainer. Set up by incoming sv. Left front or in the middle stands attacker who hits ball. Chasing the ball and throwing it in the box.

Attacker indicates who is coming: outside or centre.

Set up with movement 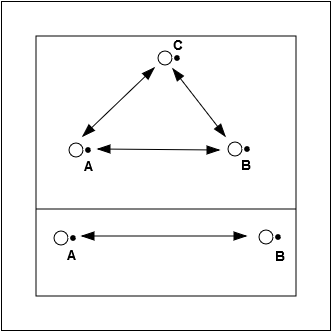 Overhead and underhand in sequence