Scoring from side out

Match with field division into four

- The first five points we play on the left side of one field and the other field. So the players have to play diagonally.

- From 5 they play straight ahead 1 team has to shift on its field.

- from 10 points they play diagonally again but the other team has to shift.

- from 15 points onwards they play straight again but on the other side.

It is important that they look carefully at the field layout. 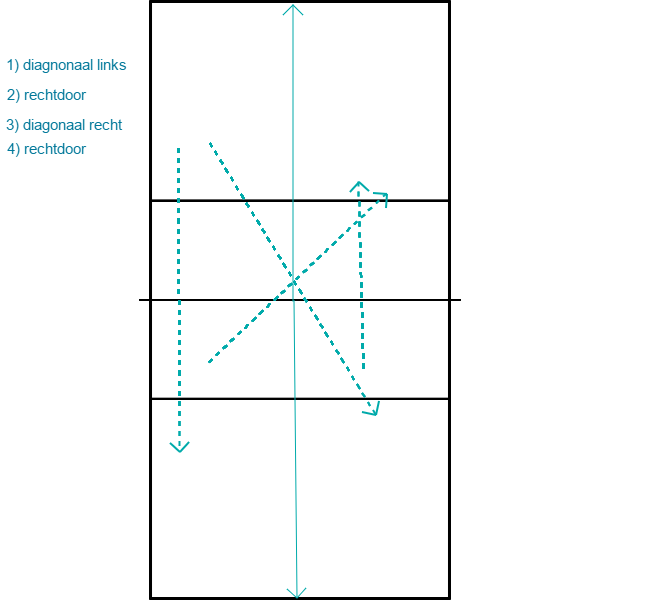 Trainer serves and after the ball is returned, throws a ball into the field.

After 3 balls turn around

then change and then 5 against 5

Coach throws in the ball:

then pass and set-up catch

then pass, set-up and play over the net

then pass, set-up and smash

Game with 1 team against trainer