This exercise is conditional and aims to practice turning and turning at high speed. 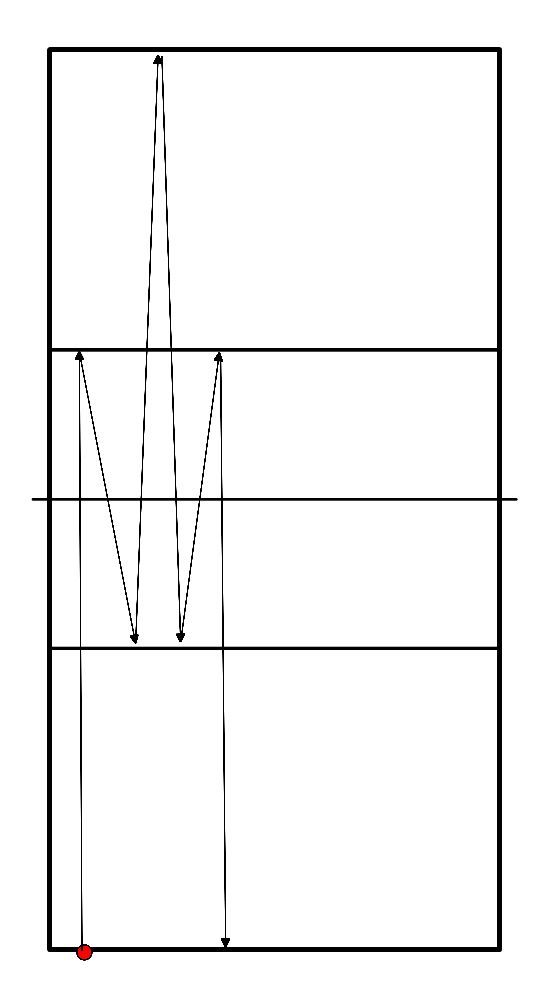 Cobra stretch 10x
If this is too heavy, support with the elbows on the ground instead of the hands.
Standing side stretch 10x
Kneeling abdominal stretch on thighs rocking 10x
Lift body in boat position 5x

Not too long, for example throw and change 5 times and that a few times.
Variation: have the player who throws normally give the orders on how the other should throw.

Goal
Strength training / balance.
Description: players sit on the floor, in rows of 3, at a distance that they can just touch each other if they both extend the arm.
Simpler
The longer the exercise the heavier. So make the exercise shorter (fewer caps or a row of 2 instead of 3 children) to make it easier.
You can also have the children sit closer to each other.
More challenging
By making the exercise longer it becomes heavier. This can be done by bringing more caps back and forth and by adding more children, but also by giving extra assignments. For example, get a cap behind your back or under your legs first.

Be careful not to make the task too long, however; it is then better to do a shorter task again after a half minute break.

Hurdles exercise for stability of...

5 hurdles about 5 meters from the wall and 50 cm apart.