Pass exercise from the four corners.

Who's the best ape

The players stand in a (half) circle so everybody can see the trainer. The trainer shows some exercises. The players imitate him/her. 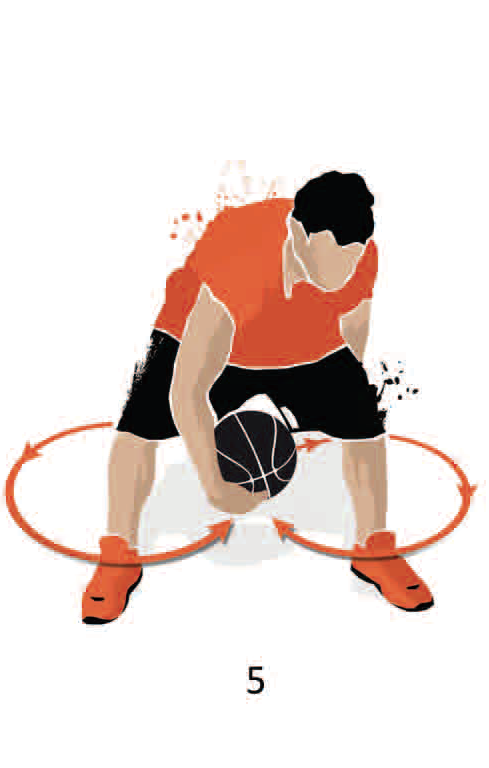 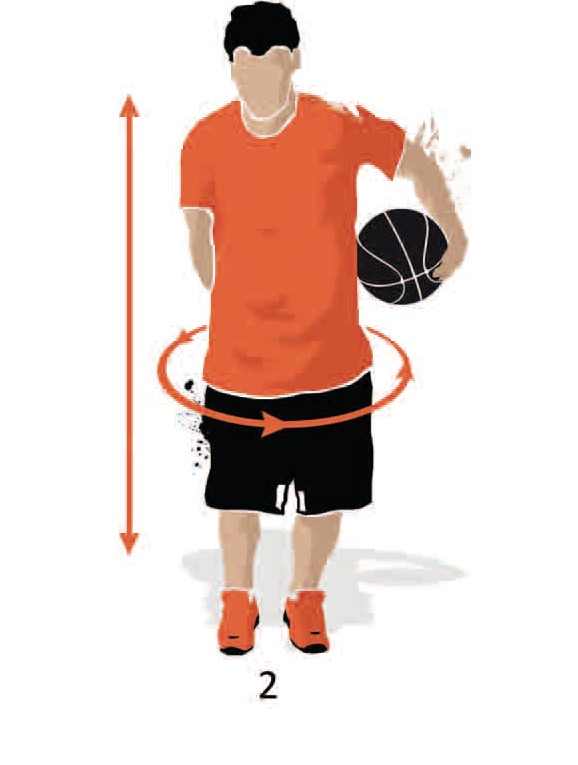 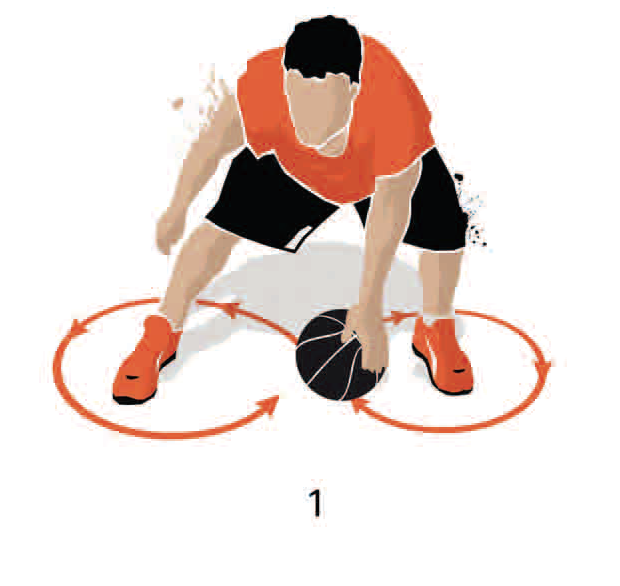 Emphasis can be placed on different fundamental items. Passing, ball handling, transition or shooting. You can
give it a conditional character for the core of your training.
The exercise is also fairly complex, which means that the players also have to think a little during the exercise (brain training). 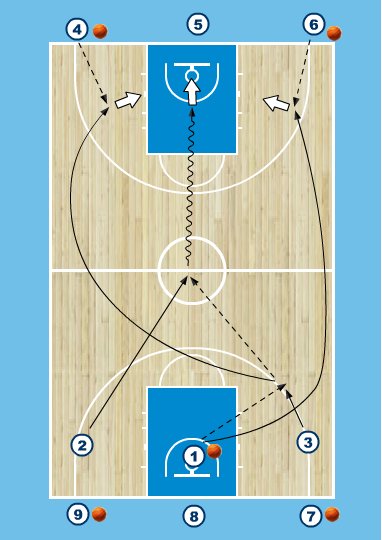 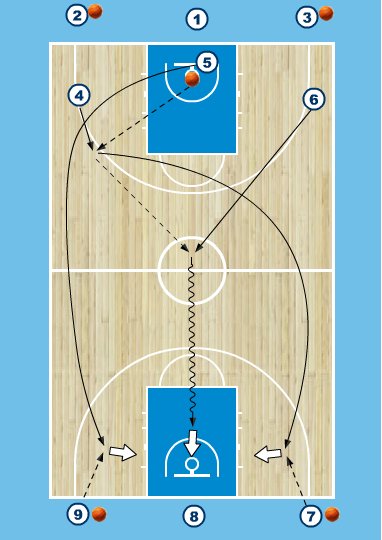 Trying to run across 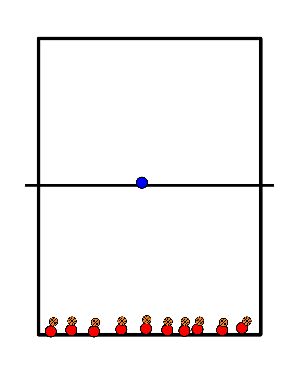 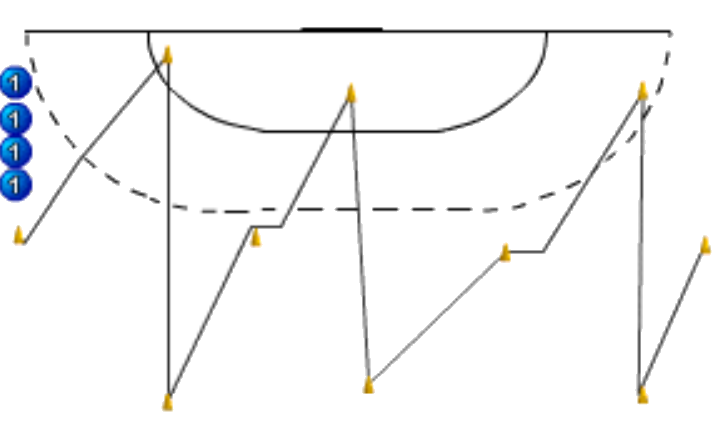 Two rows on the centerline, 1 player in the corner on the baseline (the compass). 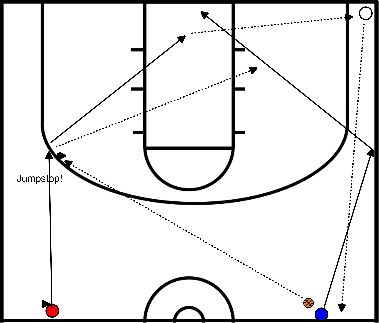