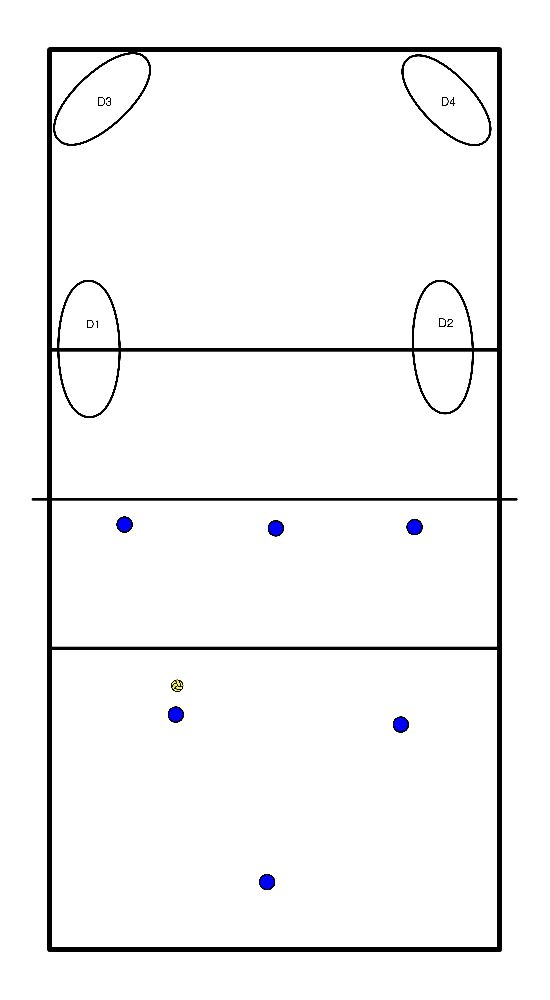 2 rows on the back line 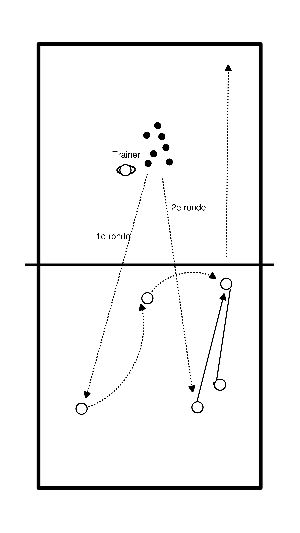 Walking line: A joins back of line C, B keeps hitting balls, C joins back line A. 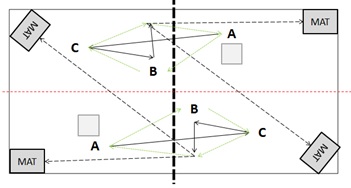 Tick the ball to each other to improve ball handling

Pairs opposite each other

Play this game in two teams of 3 to 6 players.

The two teams are in the middle of their own side of the field.
They put their hands on each other's shoulder, not everybody has to see the other side of the net properly.

The ball is brought in at one side with an arch.
The ball has to be played over the net in three times, but:

A team deserves a point when they score with the opponent in three times.

To make the exercise run smoothly, it is good if the players give each other high balls and. of course, claim the ball on time. The goal of this game is to have the players communicate about every ball played. Make clear that they have to be aware that not everybody is always in the right position to play the ball

Variation:
Have the circle squat or turn circles on the forefeet when the ball is on the other side of the net.

Suggestions and improvements are welcome. 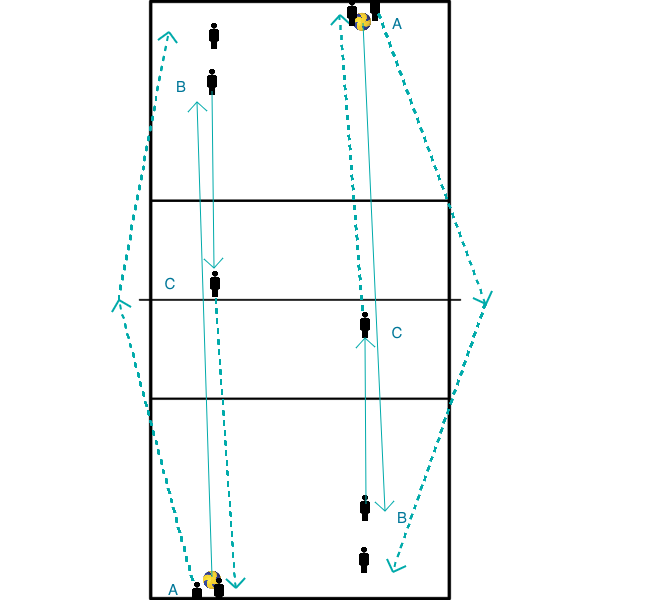 Goal: recognize ball trajectory, QUICKLY assume position.
Ball trajectory: A serves to B, B passes to C.
Walking direction: A, B, C

B moves (before the ball has passed the 3m line of A) to the right position (90%) and is active instead of reactive.
B assumes the correct posture when the ball passes the net
B adjust the correct position and posture in the remaining position (10%).

Possibly build up:
- first B catches ball with bent arms
- B then passes the ball underhand 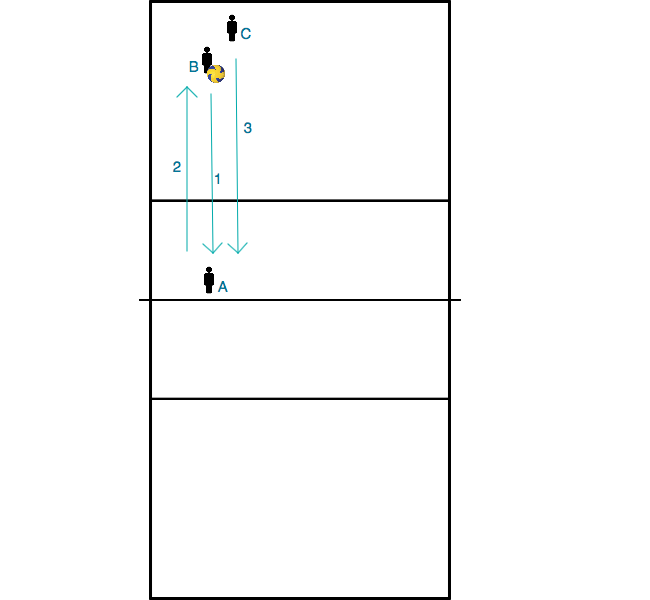 Game to conclude the training. This exercise combines the two nice concluding exercises King of Court and Smashball.

Played in pairs. In case of an even number of players, the pairs will remain the same, in case of an odd number two different team members are constantly in the field.

This game seems a bit hard for the pupils at first, but the teams that have payed this game always want it as concluding game..

After every part a short rest and continue. For parts with *, a bench is required, 2 to 4 persons per bench

Cones of the bench 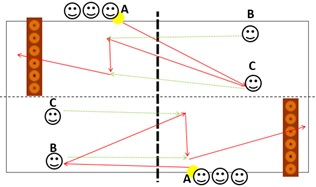 Which pair or which team has hit the most cones from the bench after an X number of minutes?